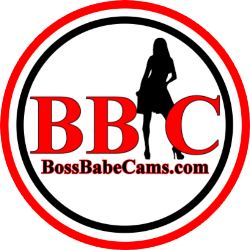 BOSSBABECAMS.com MODEL OF THE MONTH

"Without a purpose, all roads are wrong."

I am the sum of my experiernces and there is one thing in particular that was a game changer for me: the NEW CAMMING PERSPECTIVE. Before I began to develop this project, my reality was fragmented, mostly because of the nature of having a double life. In personal terms, this project was responsible for uniting my camming experience with my academic carreer, which led to a life that was not limited to having to hide. This process of overcoming is such a great conquest for me and I would really like that everyone who works in the adult entertainment industry could someday feel this kind of freedom.

Let me now explain a little about this project.

Because of my involvementwith videochat and academic studies in social sciences I could not help noticing some patterns in the interaction of models and members, for example, the fact that models who can communicate verbally are able to Build Connections and very likely receive viists from the same members over and over; resulting in better earnings and better quality of life. The idea is that if the model has to cound on new traffic all the time, she needs to expose herself (commonly) naked in social media, which in turn, leads to a greater difficulty to live only one life due to the prejudice that is hard to overcome. Besides, the kind of member that she attracts if she is not stimulated to engage in a conversation is usually the kind that wants to go straight into action ; reducing her to a mere object of pleasure. No Social Aspect at all in this camming dynamics, the opposite of what Social Traffic can provide to the model.

The research that supports these claims is the most important project in my life because it is only possible to know you are following the right path if the things you fight for are meaningful enough for you. My mentor, Dr. Eugenio Trivinho (http://buscatextual.cnpq.br/buscatextual/visualizacv.do?id=K4798154Y6), told me on the first day of class (2006) that without passion it is not possible to develop science. It is a long, lonely, and winding road and only by bearing true devotion that comes from real emotions, the scientist will not give up. This is exactly how I feel.

Furthermore, after all these years collecting data (as a model and as an exec), I have had my research validated and supported by the field of social sciences. I am very happy to represent my beautiful but ill-timed country, Brazil, in such a innovative critical study about the Live Camming Industry.

Regarding the future, it is what we make of it. Keeping this in mind, intuition and proactivity could help each of us to discover what we want to do with our lives. In my case it really does not make sense to live a life that is only limited to myself, which means to see the oppression that is common place in our world and not even try to do something about it is the same as not being alive.

As we know, camming is not a legal profession and this allow camsites to create guidelines that are based only on profitabily. So camgirls are often seen just as a number in a list, and, not as real people, with real needs. I intend to keep traveling and promoting the NEW CAMMING PERSPECTIVE in Summits and other events, taking my radical speach where I go. As a writer, in my articles and interviews, I will keep discussing all the themes that had previously been hiden, such as exploitation, oppression, and so on. Thus, as "a camming activist for women's rights", it is my role to keep fighting the battle against female objectification regardless of how many tears I have to drop.

ABOUT BOSSBABECAMS & THE AUTHOR OF THE PROJECT

CammiCams is a really brave woman the earned my respect not only for her daily hard work in the Live Camming Industry over the years but also because of her unique personality. In a world where people are often too passive, especially due to the pressure they suffer to follow the rules to act, to speak, and do the things they do not want to do, just to be able to hold on to their job positions, CammiCams stands out for her decision making skills. She is not afraid to say what she thinks and to show who she really is. That is why, I am realy delighted to have been chosen November's BOSS BABE and to join other women who had been selected previously by her - some of them are really strong.

Looking for ways to make more money? Then the New Camming Perspective by @PriscilaNCP is what you need!

BoleyModels.com - Fast payments, no fees, no games
Your earnings are paid daily - via several convenient payment methods. We are discrete - your privacy is our highest concern. You don't pay us anything, we pay you.